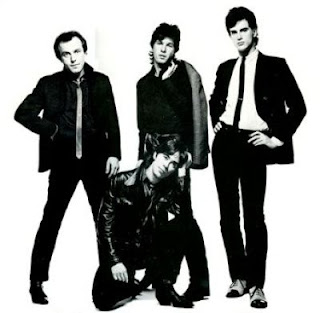 "After the breakup of Beatles-obsessed power poppers the Poppees, guitarist Arthur Alexander and drummer Jett Harris formed a new band, Sorrows, and while their earlier group struggled to get noticed after releasing a pair of singles for Bomp Records, Sorrows quickly caught the ear of an A&R man at Pavilion Records, an affiliate of CBS Records. Sorrows' debut album, Teenage Heartbreak, arrived in 1980. Unfortunately, the record and its follow-up, 1981's Love Too Late [produced by the legendary Shel Talmy], sank without a trace, thanks to poor promotion by CBS, and while they earned a cult following among obsessive fans of skinny-tie pop." -All Music Guide
SORROWS live
with Party Lights
Friday, October 14th at Union Hall
702 Union Street, Brooklyn, U.S.A.  *