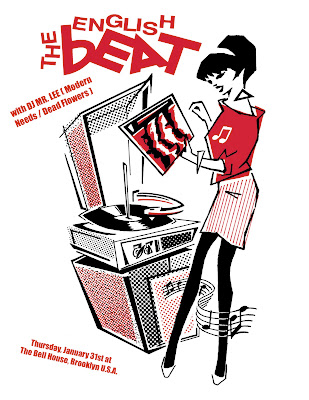 
The Beat were formed in Birmingham, England in 1978, during a period of high unemployment and social upheaval in the United Kingdom. Ranking Roger, one of the band's vocalists, added a Jamaican vocal flavour to the band's sound with his toasting style. Jamaican saxophonist Saxa (b. Lionel Martin, 1930, aka Papa Saxa) added a Jamaican ska instrumental sound. Saxa had played saxophone with Prince Buster, Laurel Aitken and Desmond Dekker in the first wave of ska (as well as with The Beatles in their Liverpool days). He joined The Beat to record their first single, "Tears Of A Clown," a cover version of the Motown hit by Smokey Robinson.

Although The Beat's main fan base was in the United Kingdom, the band was also popular in Australia, partly due to exposure on the radio station Triple J and the TV show Countdown. The Beat had a sizable following in North America, where the band was known as The English Beat for legal reasons (to avoid confusion with the American band The Beat). The Beat toured the world with well-known artists such as David Bowie, The Clash, The Police, The Pretenders, REM, The Specials, and Talking Heads. Members of the band often collaborated on stage with The Specials, and in the early 1990s, Roger joined members of The Specials to form the new band Special Beat, which toured and released two live albums. They supported the Campaign for Nuclear Disarmament and participated in the collaborative recording "Nelson Mandela."