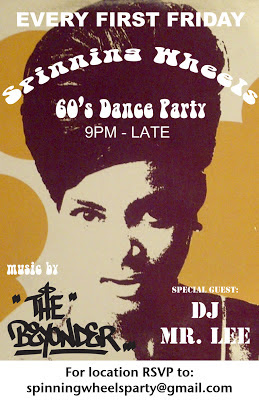 The Spinning Wheels Party returns this Friday (and every first Friday) with your host Ben The Beyonder, and special guest DJ Mr. Lee (Modern Needs). Ben and Mr. Lee will be spinning top-flight '60s rock'n'soul action all night long, while the lovely and talented Saskia Kahn (Freddy's Bar & Backroom) serves up the cocktails... Come on out, grab a drink, and shake that ass to the boss sounds! 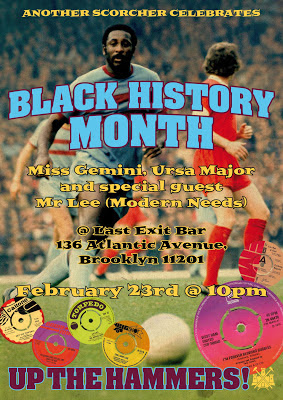 Come celebrate Black History Month... Hammers style! If you are in town for the Cockney Rejects and Templars Brooklyn gig on Friday and need your fill of Afro-Carib beats, pub-rock anthems, and hard '60s r&b sounds, come to Last Exit Bar where the drinks are cold and the vinyl selections are hot and razor sharp! Ursa Major, Miss Gemini and guest DJ. Mr Lee of Modern Needs on the decks all night! 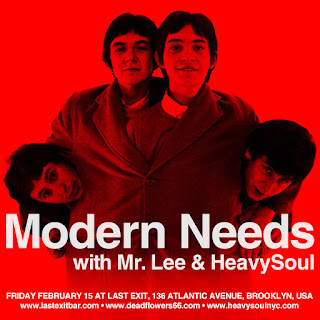 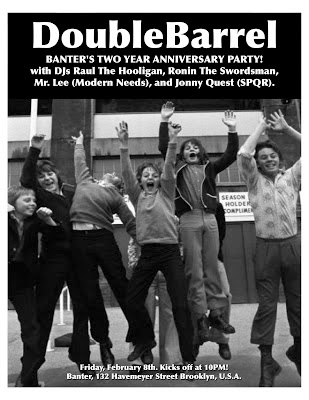 Banter, Brooklyn's best footy bar, features 24 craft beers on tap, and an impressive list of scotch and bourbons. Cozy into a nook, take a seat at the copper bar, or shake a tail-feather to the boss sounds.