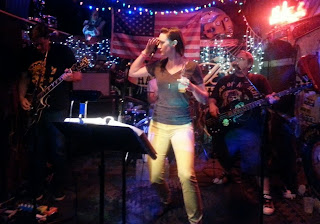 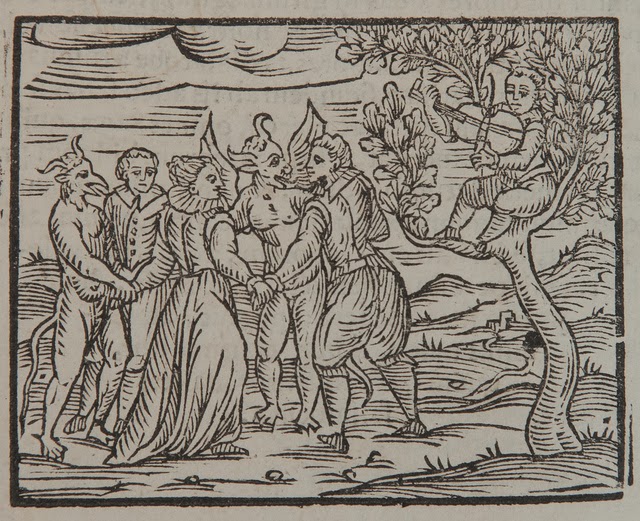 Every Wednesday in November
46 Third Avenue (at Atlantic), Brooklyn, U.S.A.
Doors at 8PM. No cover. 21+ with ID.
Posted by Dead Flowers Productions

Dance To Keep From Crying 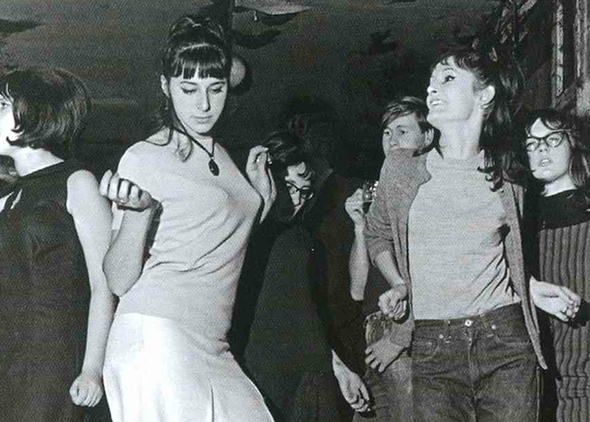 XL Kings is composed of remnants of Hypnolovewheel, the Martinets, Special Pillow, and other fine ensembles that you'd be less impressed by. They set out to recreate rock'n'roll in their own image, break it, and then roll around in the shards. Punk in spirit, riffing through roots-dirty, Stones-esque hooks, The Piggies (led by Andy Maltz of The Little Killers) exemplify the good-time, vinyl-hugging rock'n'roll and straight-to-tape aesthetic most bands can only hope for... Smart, funny and heady, The Sloppy Heads play primal noise-pop. 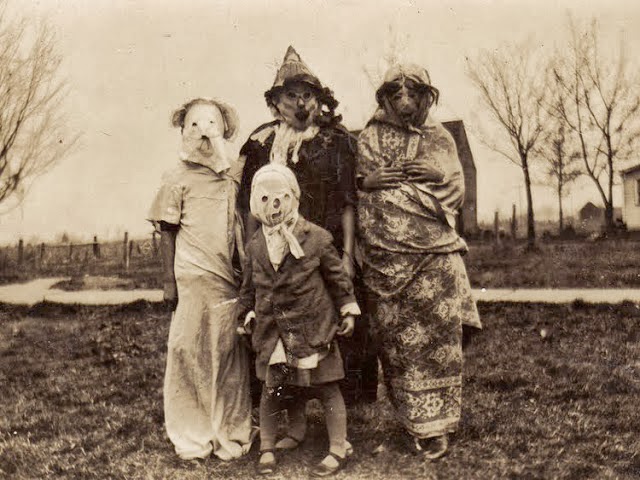 THE SWINGIN' NECKBREAKERS
THE COFFIN DAGGERS

Brought on together by brothers Tom and John Jorgensen in 1992, the vintage rock of The Swingin' Neckbreakers debuted in their hometown of Trenton, New Jersey with Don "Shaggy" Snook on guitar. Immediately signing to Telstar Records, the Neckbreakers debuted with the single "Diggin' A Grave," followed by their first album, the classic Live For Buzz in 1993. (After Shaggy's departure from the band in 1996, Jeffery Lee Jefferson joined)... Equal parts Ramones, Rivieras and Paul Revere and the Raiders, the Neckbreakers deliver straight-up rock'n'raunch that resonates perfectly with the average Joe who just wants to shake it down!

Dirty Boys And The Devil 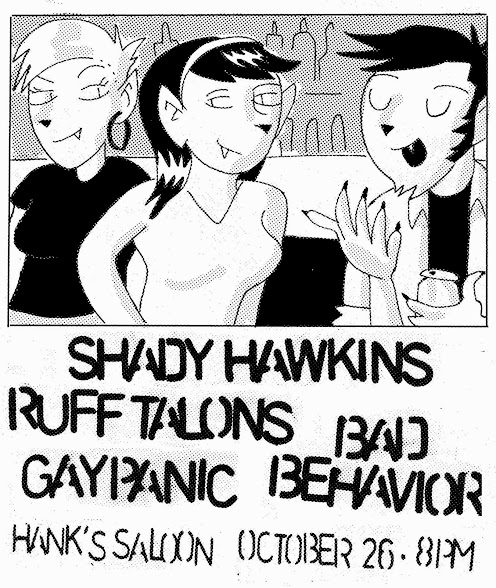 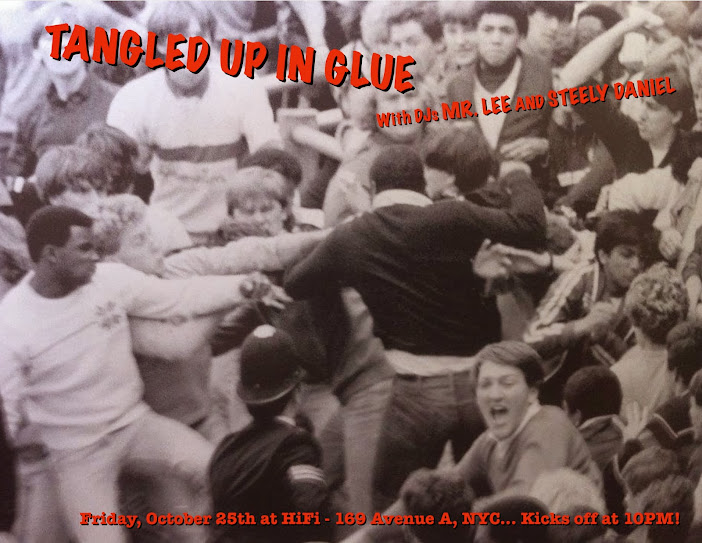 For your inebriation, titillation, edification, emancipation,
and ultimate enjoyment... it's Tangled Up In Glue!

Friday, October 25th at The HiFi Bar
169 Avenue A, New York City
Kicks off at 10PM. No cover!
Posted by Dead Flowers Productions

Out Beyond The Neon Lights 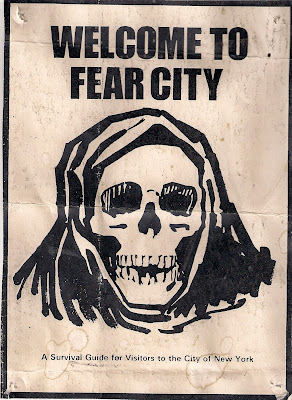 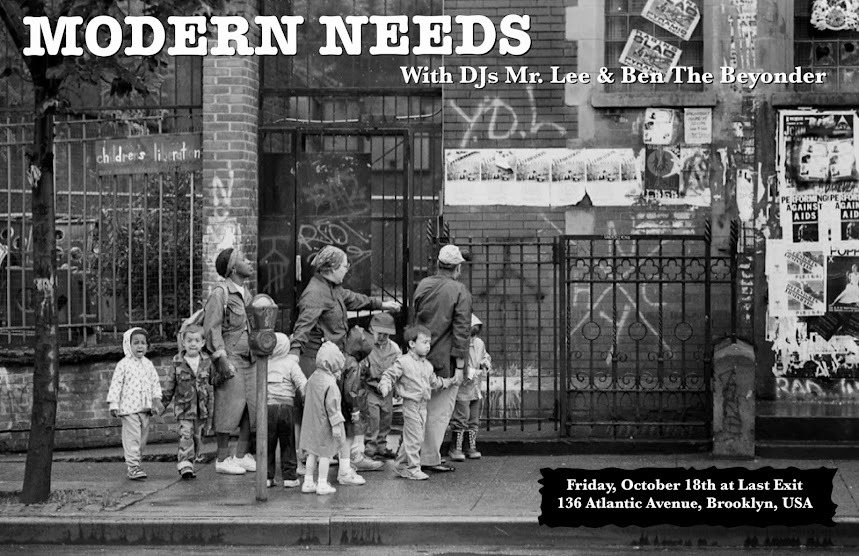 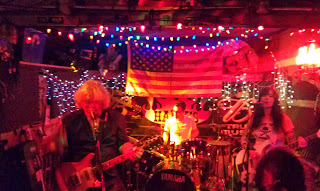 Canada's Sonic Avenues play noisy, snappy punk/pop/post-punk tunes. Two albums and a couple of singles later, they have a new LP in the works to be released on Dirtnap Records in the next few months. Live, you can expect an energetic party mix of songs from their first and second records, along with a couple of fresh, brand new tracks from their upcoming album.

Marvin Berry & the New Sound are an energetic rock and roll band from NYC might best be described as something resembling a late '70s English punk/new wave band playing '60s girl group songs. Emphasis on fun and hooks with a soulful powerhouse lead singer, these guys  have a timeless quality that exemplifies the transcendent power of rock and roll music. 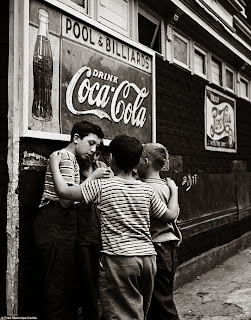 KEVIN EGAN IS A JERK
RUBY RAE • OLIVIA AND THE MATES