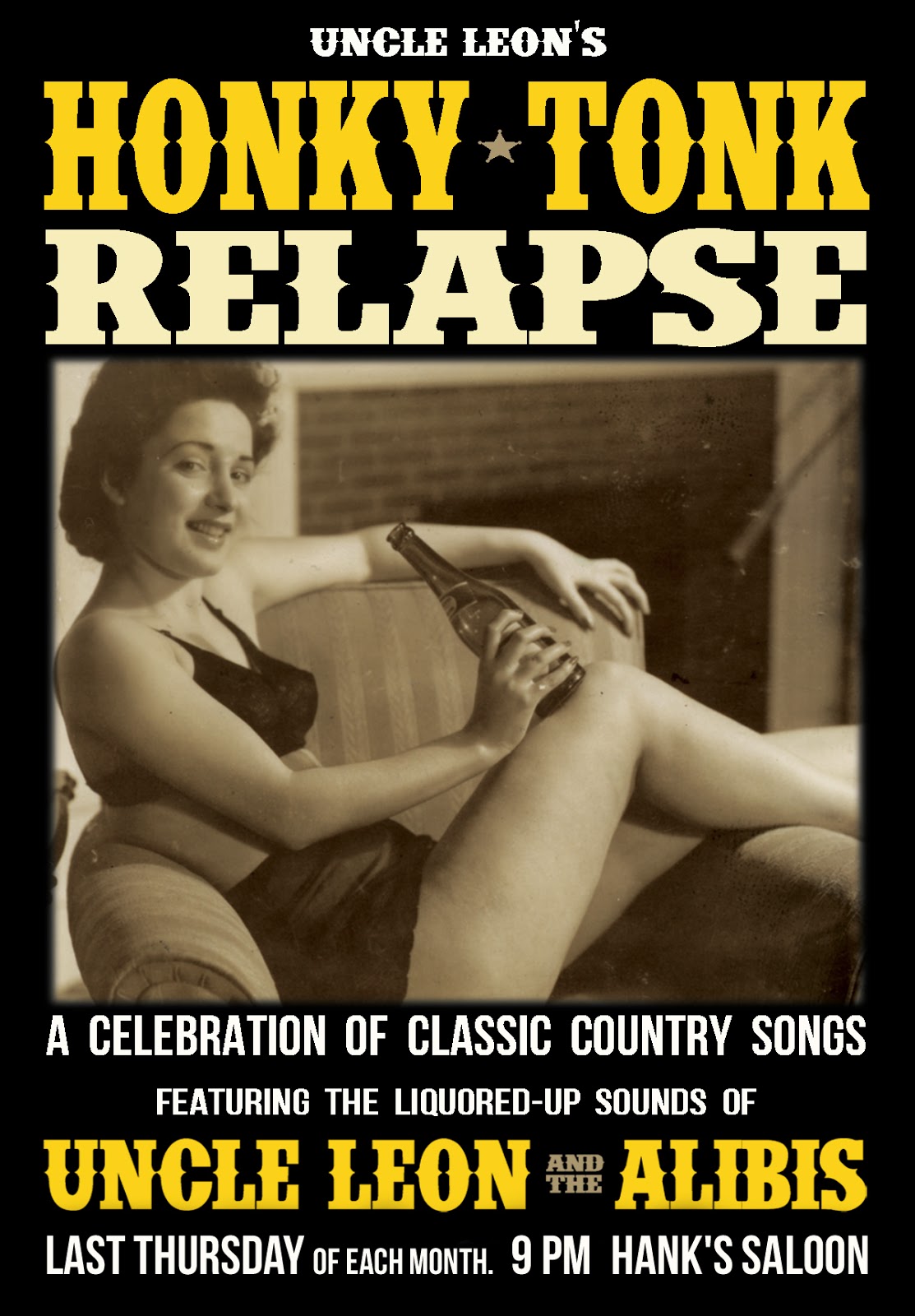 Starting in April, for one night each month, Hank’s Saloon will once again be NYC’s epicenter of all things honky-tonk, thanks to Brooklyn-based "cow-punk" band Uncle Leon And The Alibis.

The band, which got its start at Hank’s nearly a decade ago and, more recently, chose the bar as the setting for their beer-fueled "Wild Ways" video, has announced a new monthly event: Uncle Leon’s Honky-Tonk Relapse. The event, held on the last Thursday of each month, promises two live sets of "classic country" covers, drawn from the back-catalogs of such legends as Hank Williams, Merle Haggard, Johnny Cash, and Willie Nelson. In the words of singer and organizer Uncle Leon, "You won’t hear any Luke Bryan or Brooks & Dunn at this party. And none of that Mumford and Sons bullshit either. Just a whole lot of lowdown, gritty, tear-in-your-beer, old-school honky-tonk, the way the good lord (and Hank) intended it."