Take Me For A Little While 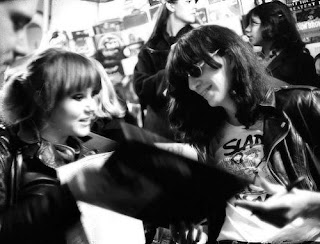 Miriam. That’s right, just one name, like Cher or Madonna. Or Winger, for that matter. Nobody’s Baby is Miriam’s first solo album, and it’s a gem. If you’re expecting the same high-intensity, raucous'n'roll you find with The A-Bones, you won’t get it on Nobody’s Baby. Instead, this album reminds of two previous records, classy efforts both, in the Norton Records catalog: Dangerous Game, the 2007 "comeback" album by Mary Weiss, lead singer of The Shangri-Las, and All Or Nothing by La La Brooks, who used to sing with The Crystals. Like those older albums, Nobody’s Baby is a contemporary take on the classic early- to mid-'60s girl-group sound — an adult update on the teen yearning and, yes, angst of that golden period.