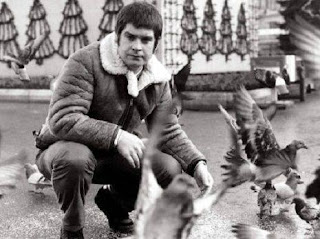 New York's The Moto-Gators are a swingin' instrumental combo, playing guitarist Ron Kellum's Stax/Link Wray-inspired tunes and a choice assortment of Moto-Gating covers. The band includes former and current members of the Piggies, the Underthings, the Sea Monkeys, the Dirt Cheap, and Wig!

"Heap bring the best, most shining example of The Replacements inspired rock'n roll that I can recall. Really. There's lots of the rootsy, bar charm that The Plimsouls brought to the party, too (think first Plimsouls album) — as well as the post-'Mats band, Bash And Pop and a bit of Love Nut. Rocking and almost criminally hooky... the thick sound ties in with the tight arrangements to ratchet up the fervour that much more. If Heap doesn't make your soul bubble open with joy, then are you already dead. This is real hook-ridden rock 'n roll that pop lovers are going to dig!" -Not Lame Recordings