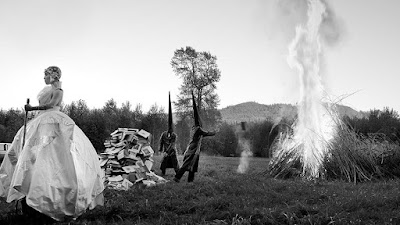 On and off the radar of Brooklyn’s underground since 2007, Galapagos Now! has carved a niche for itself as a group "of truly independent mind, and a totally individual sound," if the hype is to be believed. Galapagos Now! is a power trio that revolves around the collaboration between Joe Dairy and Mark Gurarie. Dairy (aka Jeff Waite), whose eight solo records are a testament to his prolific work as a kind of anti-Americana singer-songwriter, adds a croon or howl to the proceedings, whereas Gurarie sings "ugly," as he likes to put it, while holding down the bass. Elder Merchant, Brooklyn native and former drummer for Gözer, keeps the group in straight time while handling the band’s foreign relations. The band has toured the Midwest and South of the United States, as well as Europe.