There Ain't No Cure 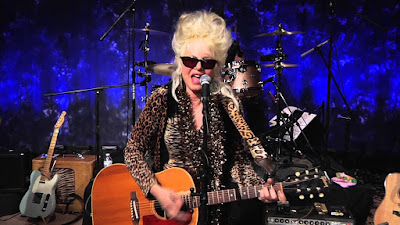 This queen of blue-eyed rock'n'soul, who grew up loving equally the sweetness of a Memphis horn line and the raunch of an electric guitar riff, whether played by Muddy Waters, Keith Richards, or Pop Staples, teased her blonde hair into a beehive in honor of Ronnie Spector and never looked back, picking up a guitar and forging a career as a songwriter in the process. She’s the current, long-time vocalist with the Saturday Night Live Band (SNL40’s anniversary post-show concert also featured her star turn onstage with Elvis Costello and the B-52s), whose latest CD The Deep End, was honored on five national Top Ten lists and features special guests/duet partners Ian Hunter, Dion DiMucci, and Marshall Crenshaw, plus Levon Helm, GE Smith, Andy York, Eric "Roscoe" Ambel, Catherine Russell, Big Al Anderson, and others. Ohlman topped the Alternate Root.com’s Readers’ Poll as top Americana vocalist, joining other winners Paul Thorn, The Mavericks and Rodney Crowell.