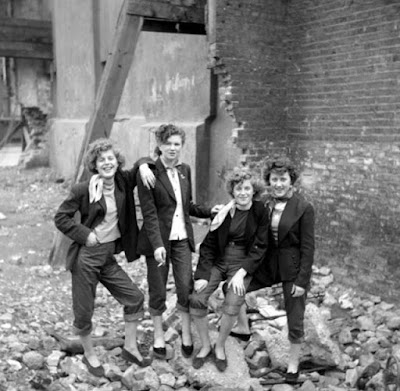 Thundera is a head-bopping, arm-swaying, body-rockin' experience from a group of women who make you feel their groove and will have you wanting more. The songs are infectious, the rhythm is undeniable and the calling is one you won't want to ignore. Like their influences (The Runaways, Joan Jett, Bikini Kill, Patti Smith, etc.), their sound is raw, powerful and infused with vitality. Tonight's show is the release party for their self-titled debut album.