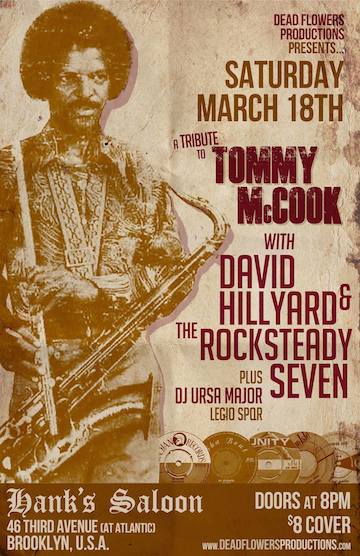 Hot on the heels of the recent Roland Alphonso tribute night, The Rocksteady 7 return to Hank's for a tribute to the legendary Tommy McCook, a giant of Jamaican jazz. Tommy is most famous for his time with the Skatalites and is one of the inventors of the ska style. He also played with his group the Supersonics at the end of the ska-era through rocksteady and into reggae,  He also played on some crucial Aggrovators tracks in the mid 1970s... Let's just say the man had a a long and varied career! The band will play two sets of Tommy's music; a variety of his tunes that personally effected bandleader Dave Hillyard. You will hear songs both familiar and rare!