Dont Make Me Break You Down 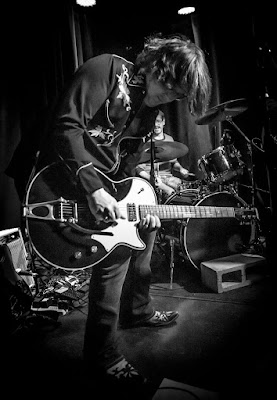 Eric Ambel is a roots-rock renaissance man who has worked as a guitarist, songwriter, and producer with the likes of Nils Lofgren, Mojo Nixon, Freedy Johnston and Mary Lee's Corvette, as well as an original member of Joan Jett & the Blackhearts, The Del-Lords and The Yayhoos. Ambel — known to friends, associates and bandmates as Roscoe — is the possessor of an estimable musical resume that’s established his credentials as a deeply committed rocker as well as a witty and thoughtful songwriter. Between his current duties as producer, bandleader, studio proprietor, bar owner, member of uber-bar-band supergroup the Yayhoos and lead guitarist of Steve Earle’s band The Dukes, he’s found time to launch his own label, Lakeside Lounge Records, to redress the longstanding absence of Ambel solo product from the marketplace.