Song Of The Underground Railroad 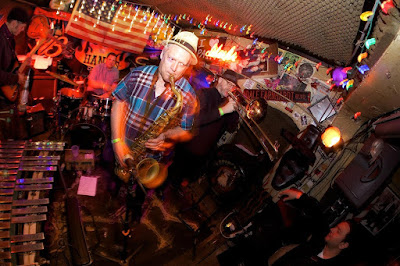 Record release party for The Giver, the fifth album from David Hillyard & The Rocksteady 7. Tonight will also sadly be the final show for the band at Hank's Saloon.