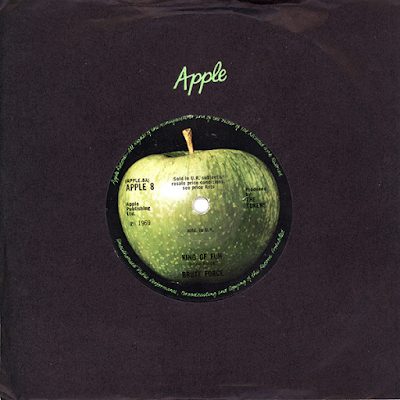 Stephen Friedland (aka Brute Force) was first attracted to performing when he was only eight years old, influenced by his mother, who was an actress in several plays at the Jersey City Jewish Community Center Theater. In the early 1960s he met Billy Gussak and began working together with the veteran studio drummer. One song he worked on with Gussak, "My Teenage Castle" ended up on the B-side of the 1963 Peggy March single, "I Wish I Were a Princess." After achieving success at RCA he began to play guitar and keyboards for the Tokens. During that time he wrote songs for Del Shannon, the Creation, the Cyrcle, and the Chiffons. The Chiffons had a minor hit with "Nobody Knows What's Goin' on in My Mind But Me." In 1967 he left the Tokens and entered the next phase of his musical career.

He wrote and recorded the LP I, Brute Force – Confections Of Love for Columbia Records in 1967. One song on the album, "No Olympian Height", was covered by Paul Levinson's trio The Other Voices (produced by Ellie Greenwich and Mike Rashkow) and released on Atlantic Records in 1968. He also recorded and released the album Extemporaneous on BT Puppy Records in 1970. Original copies of this album are scarce and it is now a very collectible disc.

Brute Force may be best known for a song that barely saw a release. Written by Friedland and produced by The Tokens, "The King of Fuh" referred repeatedly to the 'King of the Land of Fuh.' John Lennon admired the record; so did George Harrison, who acquired the track and overdubbed eleven strings of the London Philharmonic Orchestra, arranged by John Barham. It soon became obvious that neither EMI nor Capitol Records would distribute the single, so Apple Records pressed and distributed 1,000 copies in 1969. After the initial Apple pressing (and no radio play), Friedland teamed up with Jeff Cheen and issued the tune on his own Brute Force Records label (b/w "Tapeworm Of Love"). In 2005, the Revola label issued both "King of Fuh" and its original B side ("Nobody Knows") as bonus tracks on the CD reissue of the BT Puppy Records compilation Extemporaneous.  Finally, in 2010 (over four decades after Capitol and EMI rejected it), "The King of Fuh" was again released by Apple, on the compilation Come And Get It: The Best of Apple Records.