Get It From Me 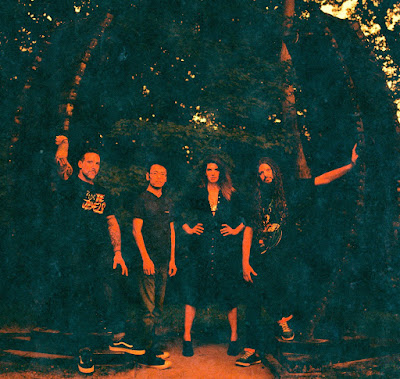 Uncrossing was formed in Brooklyn in 2016 by longtime friends Kristin Flammio (vocals) formerly of Forts, Jared Drace (guitar) and Sanal Leejean (drums), both from metallic-hardcore scene veterans Activator. The sound is a metal alternative amalgam with elements of classic-rock, indie-pop and stoner-doom. Scott Meyer (bass) completed the lineup in 2017 for the band's first local performances. They've since gone on to play NYC loud music havens like Saint Vitus, Lucky 13 and Mercury Lounge among others. The band self-released a thee-song EP in February 2018 on digital and cassette that received coverage from Brooklyn Vegan's metal outlet Invisible Oranges as well as horror site Dread Central. The EP was recently picked up by Off The Record in The Netherlands who will release and distribute CDs in Spring 2019. In the meantime Uncrossing is in the studio working on a new batch of songs to release by end of year.