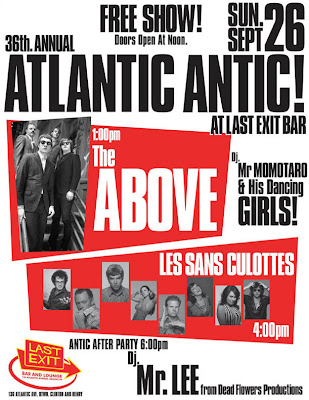 The Atlantic Antic is a street fair held yearly on Atlantic Avenue in Brooklyn, from Hicks Street all the way to Fourth Avenue. Estimated to be the second-largest annual gathering in Brooklyn after the Labor Day Carnival, the Antic features eclectic food stands, live music on nine different stages, belly dancing, and entertainment for children. Last year roughly 600 vendors and over a million people were estimated to have attended.
Last Exit
135 Atlantic Avenue
Brooklyn, U.S.A.
Posted by Dead Flowers Productions