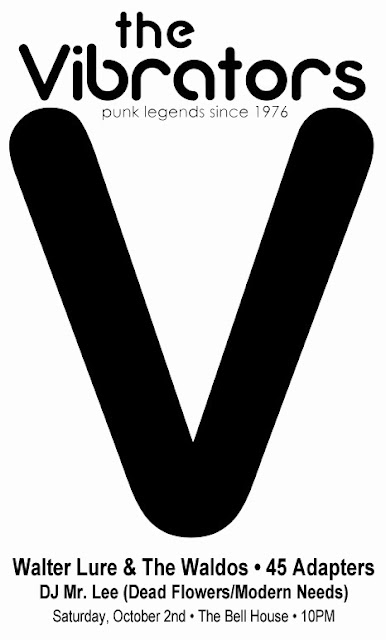 One of punk-rock's longest running bands, The Vibrators emerged from the UK scene in 1976 and quickly found themselves sharing the stage with such notable acts as The Stranglers, Sex Pistols, and The Clash. Their debut album Pure Mania — which was co-produced by Robin Mayhew, the sound engineer for David Bowie's Ziggy Stardust live shows — reached the Top-50 of the UK Albums Chart, and The Guinness Encyclopedia Of Popular Music named it one of the 50 best punk albums of all-time. Their follow-up album V2, narrowly missed the UK Top-30, though the sole single taken from the album, "Automatic Lover," reached the UK Top-40 and earned the band a TV appearance on the prime-time TV show Top Of The Pops. The Vibrators’ final single on Epic, "Judy Says (Knock You In The Head)," was released in June 1978 and years later was included in Mojo magazine’s list of the best punk rock singles of all time.
In their long career The Vibrators have toured with the likes of Iggy Pop, Ian Hunter, The Clash, The Flaming Groovies, UK Subs, and Die Toten Hosen, and have had their songs covered by The Exploited, UK Subs, GBH, and REM, to name but a few.