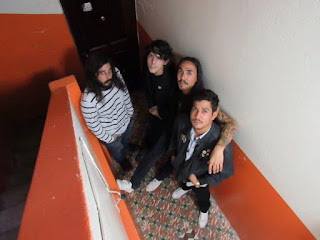 With an inherent distaste for pretty much everything, Re-Animadores strip power-pop of its sheen to expose a cynical side of rock'n'roll. The Puerto Rican outfit is wary of the tropical motif; rather than squint at the sun, these guys give it the side-eye. The twangy glee in frontman Ahmed Abizu's riffs is lobotomized by his decidedly flippant vocal tone, while rhythm guitarist Giancarlo Cervoni (Davila 666) gives the four-piece the unchecked punk grit they need to trudge on.