It's A Great Pleasure 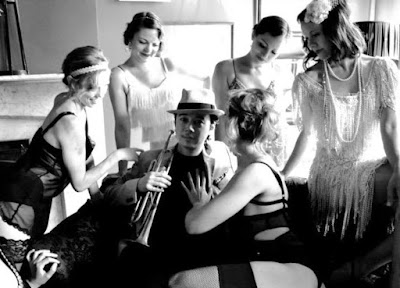 Stephen Santoro & His Boogie Five transport their audiences back to the greasy, gin-soaked juke joints and swing clubs of days gone by with their infectious brand of swing, jump blues, and boogie-woogie. Santoro leads his five-piecc combo through two sets of the New Orleans- and Kansas City-inflected sounds of Louis Jordan, Louis Prima, Big Joe Turner, and more. It’s jumpin’ music for dancing, drinking, and other good times!