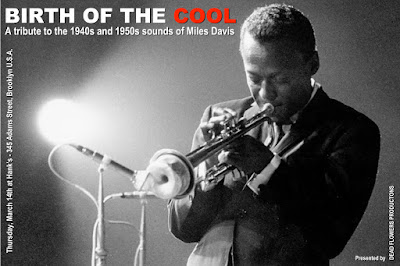 Birth Of The Cool is an acoustic jazz group based in Brooklyn, New York, which lovingly re-imagines the music of legendary trumpet player Miles Davis from the 1940s and 1950s. This incredibly fertile era of Miles Davis’ music spans rhythm and blues, the invention of bebop, the creation of cool jazz, and the development of hard bop, as well as the inception of modal jazz music.