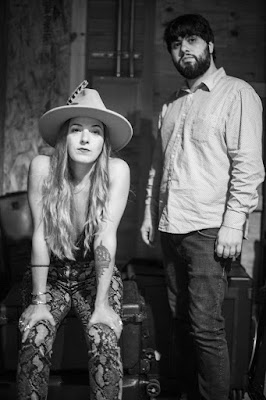 Dubbed a "soul songstress" by Phillyburbs.com, Nicky Egan is an accomplished songwriter and keyboardist who commands the stage with captivating energy.

Originally from Philadelphia, Egan grew up in a home where the sounds of Richie Havens, Bob Marley, Bonnie Raitt, and The Rolling Stones were frequently buzzing on the stereo.

Egan now splits here time between Los Angeles and Brooklyn. Since 2017, she’s been playing keyboards and singing for LA-based group, Chicano Batman on the road, and hibernating off the road in Dumbo, New York, recording new music with writing partner & producer, Joe Crispiano of The Dap Kings.


This show is part of Dead Flowers Productions new free Wednesday Happy Hour series of shows at Hank's Saloon, this event is co-presented by SlamJunk.