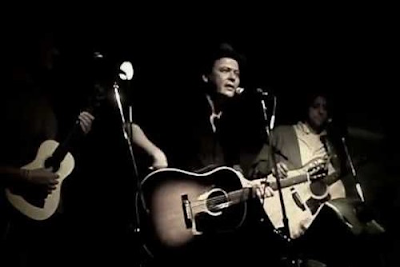 The son of a drummer father in DeKalb, Illinois, a small town about an hour through the corn fields west of Chicago, a 12-year-old Tom Clark bought his first guitar at a garage sale for three dollars. He played in bands by age 13, and in college played bass and then guitar in a punk band called Blatant Dissent. In 1986, tired of working in the corn fields and in the produce section of a food store, Clark moved to New York City. Clark played in the parks and on the sidewalks of Greenwich Village by day and in Irish bars in the Bronx at night. Sometimes he played with his new friend Hank Wedel and his band Open Kitchen. Tom Clark & The High Action Boys recorded one album, 2002's Cross-Eyed and Bow-Legged, and more recently perform regularly at The Treehouse at 2A. Sean Kershaw & New Jack Ramblers play hi-octane honkytonk straight outta Brooklyn!