The Odds Were Good 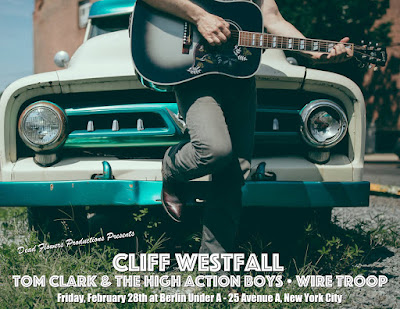 "Hot damn. I don’t know who the hell Cliff Westfall is or where he’s been hiding out for so many years, but he just released a hot shit country record that will whip the pants off of most others released this year and many from years prior, and get you making room on your list of favorite artists...You will not be able to get enough of Baby You Win, and it will continue to impress you at every turn." -Saving Country Music

New York-based country songwriter Cliff Westfall writes songs about heartache, loss, addiction... you know, funny songs. Or he can turn on a dime and dive headlong into a sentimental weeper. The Kentucky native delivers with a mixture of wit and bravado that, for Westfall, is central to what country music is all about. On his album Baby You Win, he assembled a crew of some of New York’s best musicians to explore a new idea of Americana, drawing inspiration from sources often forgotten by the current country scene.