Come As You Are 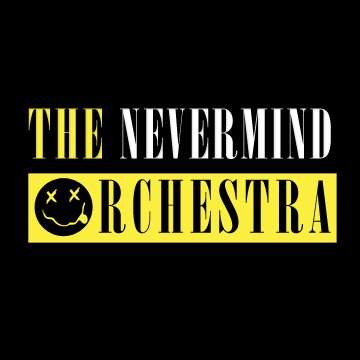 Plus: THE TAG TEAM BRASS BAND

The Nevermind Orchestra is a phrenetic, psycho-jazz-grunge ensemble that reimagines the works of Nirvana through the lense of a modern brass band. Comprised of accomplished NYC musicians who have individually played with prestigious ensembles ranging from the Metropolitan Opera to the Commodores, the group has been leading grunge second-line marches on the stages, streets and subways of the northeast since 2012. All of the classic Nirvana staples as well as some of their lesser known covers and deep cuts receive a fresh but instantly recognizable overhaul ranging from funk-rock to blues to reggae to bhangra - but each one delivered with the same raw emotion crafted by Kurt, Krist and Dave back in the day. As Time Out New York claims, “There's no shortage of Nirvana cover bands floating around but none are quite like the Nevermind Orchestra."