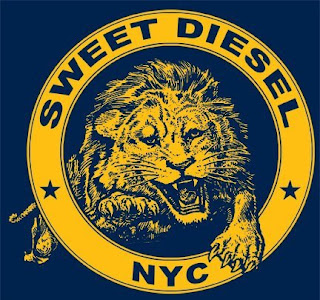 Sweet Diesel was the band playing while the Lower East Side got gentrified and the second generation of NY hardcore kids grew up and got laid. Inspired into existence by grunge's first wave but always wearing their CBGB's matinee merit badges on their sleeves — and not above ripping off their favorite classic rock riffs — they played it loud and proud from 1992 to 1998, releasing records on Blackout!, Sound Views/Go-Kart and Vel Vel Records. At their peak you couldn't walk into an East Village bar without hearing them blaring on the jukebox and their shows were the best party in town drawing a mixed crowd of art school drop-outs, fallen straight-edge heroes, outer-borough graffiti writers, and hot college co-eds. Following the Black Flag touring ethos they played anywhere and everywhere, sharing stages and stealing beers from such disparate bands as The New Bomb Turks, Sheer Terror, Seaweed, and pretty much the entire Amphetamine Reptile roster, especially Unsane. After breaking up 1998 guitarist Ben Smith and drummer Nick Heller formed The Brought Low (Small Stone Records), while singer Nat Murray has played with The Monumentals and Another Saturday Night, and bassist Zack Kurland released music under the iODestroyer moniker. After laying dormant for 12 years they were asked to reunite and open for Supertouch at their also-highly anticipated reunion show and will be playing select shows as opportunities arise.
The return of NYC legends SWEET DIESEL
with THE LIVE ONES (Drug Front recording artists)
and KINGS DESTROY (ex-Killing Time / Uppercut)
Saturday, May 7th at The Gutter
200 East 14th Street, Brooklyn, U.S.A.
Doors at 8PM. $5 cover.
Posted by Dead Flowers Productions

Drop With The Barracudas! 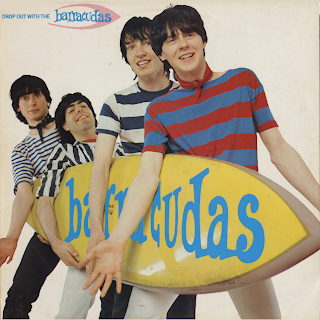 THE BARRACUDAS (Redux)
Plus: BABY SHAKES and THE BARRERACUDAS
The Barracudas were a UK band formed in the late 1970s, notable for their 1980 hit single "Summer Fun" which reached number 37 in the UK singles chart. Originally perceived as a novelty surf act due to their early material, subsequent recordings showed them to be a fierce garage rock'n'roll band in the mold of the 13th Floor Elevators and The Seeds, with the pop sensibilities of the Sire-era Flamin Groovies, the Byrds, and Beau Brummels. The band also notably featured Chris Wilson of the aforementioned Flamin Groovies, and Australia's Jim Dickson (Passengers, New Christs, Radio Birdman).
Jeremy Gluck, lead singer and pop mastermind of The Barracudas, takes you back to the "other eighties," with an all-star ensemble of supreme young power-pop phenoms playing all your favorites from the first two classic Barracudas LPs!
Thursday, June 2nd at Union Hall
702 Union Street, Brooklyn, U.S.A.
Doors at 8PM. $10 advance / $12 day of show.
(Advance tickets available via TicketWeb!)
Posted by Dead Flowers Productions