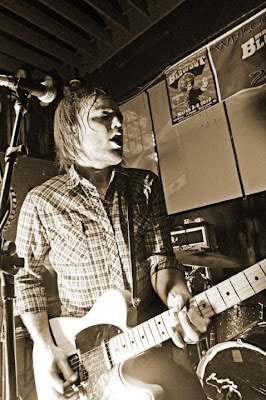 THE SIGHTS
THE BROUGHT LOW
Plus: THE WICKED TOMORROW

Detroit's masters of heavy soul, The Sights, are a five-piece rock'n'roll band renowned for both their incendiary live shows and acclaimed song-writing. Think Big Star and Badfinger fronted by Steve Marriott and you'll get a pretty good idea of what makes these guys tick. Hailed by critics and fans alike, they continue to build on an incredible 14-year legacy of uncanny blues-rock meets power-pop.

Hard-rocking, outer-borough power-trio The Brought Low recently released their third full-length album, the aptly titled Third Record, to near-universal acclaim. The Obelisk called them "the best rock and roll band in New York" and The Big Takeover said "Previous albums have been excellent, but Third Record takes the group to a whole 'nother level, indisputably placing The Brought Low in the ranks of the Great American Bands."

Formed in NYC by kindred musical counterparts, Ian Jacobs (guitar/vocals) and Michelle Feliciano (drums/vocals), The Wicked Tomorrow have garnered attention for their visceral, raw and melodic sound citing comparisons to Yeah Yeah Yeahs, The Black Keys, Velvet Underground, and The Kills, by press and fans alike.

"There’s a narrative at work in The Brought Low’s best songs, chronicling existence in the inner-cities outer boroughs and the pitfalls of hard work, hard liquor and hard time."

"I Am The Magnificent!" 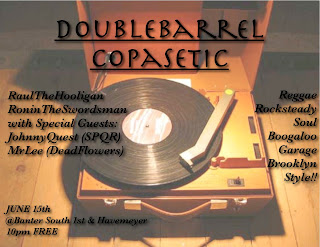 Come on out for a big night filled with soul, ska, garage, rocksteady, freakbeat, and other storming sounds as spun by the Double Barrel / Copasetic crew (Raul The Hooligan and Ronin The Swordsman), and special guest DJs Jonny Quest (SPQR) and Mr. Lee (Modern Needs/Dead Flowers Productions).

Banter, Brooklyn's best footy bar, features 24 craft beers on tap, and an impressive list of scotch and bourbons. Cozy into a nook, take a seat at the copper bar, or shake a tail-feather to the boss sounds.

Modern Needs: Rock Around The Clock 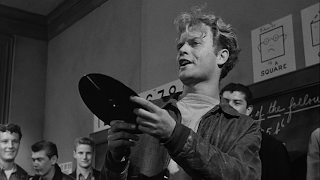