Modern Needs: Get Off Of My Cloud! 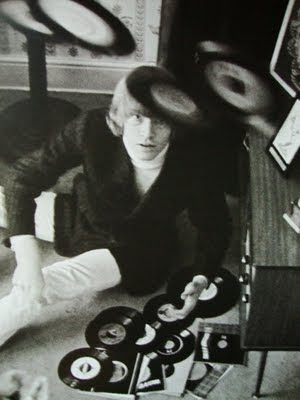 The September edition of Modern Needs features very special guest DJ CHRIS POWERS of NYC power-pop heroes Firenza and Tide. Powers and your Modern Needs host and boss DJ, MR. LEE (Dead Flowers Productions), will be spinning only the best in Brit-pop and American power-pop, along with a healthy dose of psych, soul, freakbeat, and garage... all from the '60s to the now!
The night will also act as a celebration for Pataphysical Graffiti, the new album from local yé-yé greats LES SANS CULOTTES (released that day via Vibratone Records, the label co-owned by Powers).
MODERN NEEDS
Tuesday, September 6th at Last Exit
136 Atlantic Avenue, Brooklyn, U.S.A.
Kicks off at 9PM... No cover!
Posted by Dead Flowers Productions

"Round up the usual suspects" 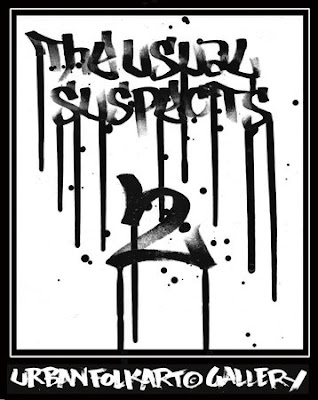 In an age where graffiti is a widely accepted art form, used in everything from advertising to high fine art, most of the 13 artists showing in The Usual Suspects 2 began their artistic journeys in Brooklyn decades ago when graffiti was an underground art movement started by disenfranchised youth. The artists include locally known, as well as widely celebrated artists, such as DANCE, REBEL, NEST, REK, SNATCH, KEO, POET, JAMES TOP, MOS ONE, KC, BASIC, and CHIEF. These artists who began their graffiti careers so long ago continue to help mold the contemporary graffiti scene today. Some of the artists have been continuing to exhibit work far and wide, use their abilites for commercial and charitable ventures, and most of them continue to paint murals legal and otherwise. The First Usual Suspects show was held a year ago, while the NYPD Vandal Squad was parked outside due to the notorious artists showing within.
The Usual Suspects 2 was curated by Anthony Jehamy and Adam Suerte, who grew up in the same South Brooklyn neighborhood, and began writing graffiti as teenagers in the early '80s. Anthony is still painting murals, curating graffiti art shows, and working in photography. Adam is co-owner of Brooklyn Tattoo, and Urban Folk Art Gallery where he tattoos, paints, curates, and works in many mediums and art realms.
•••
The Usual Suspects 2 is at the Urban Folk Art Gallery, located at 101 Smith Street, in Brooklyn, NY. The show will be up until the end of August, with the opening party happening Friday, August 5th at 7PM.
Posted by Dead Flowers Productions